A decorative plate wall is a simple way to add a lot of color and visual interest to a space. They can also be done on a budget.

I love a good decorative plate wall.  They can be created on a pretty tight budget by collecting plates from yard sales, thrift stores, and clearance sales. And they add a ton of personality to a space.

I had a decorative plate wall in the dining room of my last home and putting up another in our new house was the first bit of decorating that I did.

The plate wall in our first house was very organic in how I put it together. Basically, I just bought plates as they caught my eye and added them to the wall in the dining room as I went. I started with 3 plates and had almost 20 hanging up when we moved.

I loved my organically assembled decorative plate display. But for the new house I decided to create a bit of a more structured plan. I actually measured, created templates, experimented with placements and even paired down my decorative plate collection for my new display.

Step One: Decide on a Pattern

First, I started designing my decorative plate wall by arranging plates on the floor of my office. I hadn’t measured anything at this point, I just wanted to find a design that I really liked. I finally settled on a pattern that looks kind of like an asterisk or odd diamond. The design called for a total of 9 plates; 3 large ones forming a vertical line in the center, 4 smaller plates centered on the spaces between the large plates, and then two more small plates on the horizontal ends. I chose plates that complimented each other, both in color and design.

Once I had decided on my design and the plates, I traced each plate onto a large piece of paper. I actually used the packing paper from the moving boxes, so it didn’t cost me any money. Plus, I was basically recycling. I cut out each plate template and attached painters tape to the back.

Next, I arranged the first 3 plate templates on the wall until I settled on spacing that I liked. I eyeballed the spacing at first, but then I went back and measured. The size of my spaces for this decorative plate wall arrangement was 5″ between plates adjacent to each other.

Once all of the templates were hanging in the correct positions, it was time to hang the actual plates. There are several different ways to hang decorative plates, like attaching hooks directly to the plate or using adhesive backing on the plate. I used these plate hangers with springs in two different sizes. They are fairly inconspicuous, though you can see them because they wrap around the front of the plate. They are what I used for my decorative plate wall in the last house, so I had plenty on hand. Also, two of the plates in this display are actually flipped so that the back of the plate is what is visible. This wouldn’t have been possible with many of the other hanging methods.

I double checked all of my measurements as I hung the plates, just in case anything was off with the templates. This is honestly the first gallery wall I’ve ever created that didn’t result in a bunch of random nail holes everywhere. I should have been measuring these things all along! The final result looks so good! I’m obsessed with how it turned out. It was the perfect first decor project for the house.

I was surprised how much easier using templates was as opposed to a more “organic” approach. So I used a similar method for creating the gallery wall in my office! 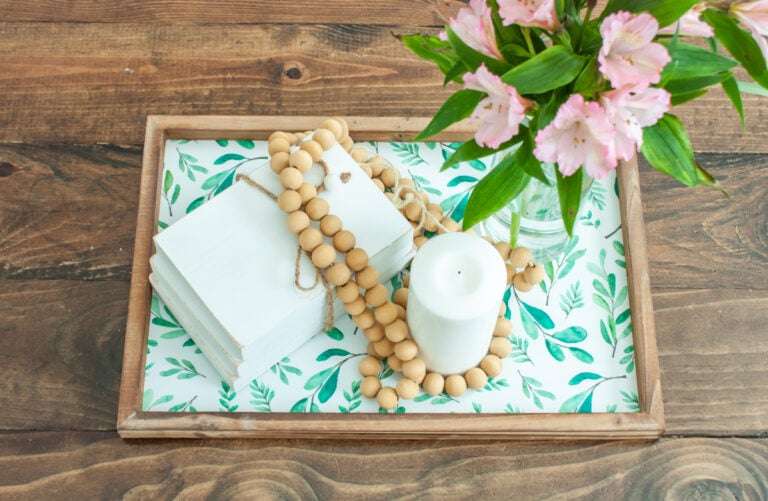 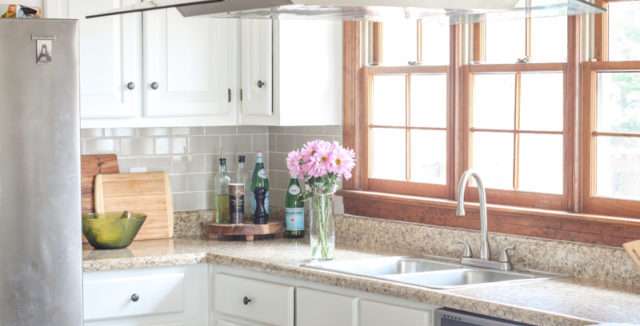 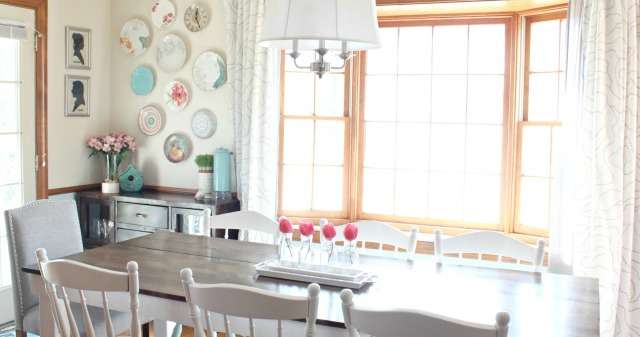