Check out this fun upcycled TV stand project! I found a large TV cabinet in rough shape on Craigslist and brought it back to life with paint and a lot of sanding!

This tv stand upcycle took weeks to finish, but it turned out so well. It brings a lot of balance to the living room.

It took 2 coats of primer, 3 coats of paint, and 4 coats of poly, plus filling in holes and attaching new hardware. But it’s finally done!

The back story on this tv stand goes back to when we bought our new couch and gave the living room a makeover.

The new couch was way bigger than our original couch and it dwarfed the old tv stand. Plus, where the couch was situated it could be difficult to watch the tv. We spent a few hours rearranging the room, but nothing really worked.

This picture shows how we moved the smaller tv stand and the tv as far to the right as they would go. It worked but definitely wasn’t a long-term fix especially since you couldn’t see over the arm of the sofa when laying down.

We decided to invest in a new tv stand that was taller, with storage, and fit the wall across from the couch. And we needed one on a budget. It turns out, it’s hard to find a tv stand 72″ long and at least 26″ tall.

Then finally, I found it on Cragslist! A tv stand with all the right dimensions, and fun lines, and at a great price. We drove 45 minutes on a Saturday morning to pick it up, which was worth it for the $50 price tag.

At first glance, there were some visible scratches and wear. But nothing that was a deal-breaker at first.

After we came home, I started taking things apart. Then I realized that the piece was actually in rough shape. All of the backing and the bottom liners had water damage. So I did a little demo and dismantled the whole thing. Then I sanded it and applied a coat of primer.

The previous owners also used a ton of nails and staples and screws to attach the cardboard backing. I used my Dremel to cut off some of the nail heads and staples. We also bought plywood for the new backing. We wanted it more durable for the future.

After the first coat of primer, I decided it would be easier to flip the whole piece over. I primed, painted, and sealed the bottom before working on the top.

After I finished painting, I realized that I didn’t want to reuse the same hardware. I didn’t think it went well with the new bright white color. So, I went to the craft store and picked up some fun red knobs.

But the drawers used to have pulls not knobs. So I had to fill the holes, with wood filler, all over my new paint job.

Filling the drawer holes meant the drawers needed another two coats of paint. The finish was ruined from the wood filler. I also decided to caulk several gaps in the cabinet doors. They became more visible with white paint versus black.

Seriously guys, do all of this stuff BEFORE painting. It will save you hours and tears.

After all the painting was finally done I spent 3 weeks sealing the whole thing. I used 3 coats of poly, sanding between the first two coats. Then it sat in the garage for a week to fully cure. My worst nightmare was it not being fully cured and sticking to the bottom of the tv.

The new tv stand definitely fits the scale of the room better than the previous piece. Plus now everyone can see the tv no matter where they are sitting or laying. We still have to push the tv to the right, but it doesn’t look as weird on this large piece as it did on the small stand.

I’m on the hunt for a large vase or something of that sort to incorporate on the left side of the stand, just to keep it visually balanced with the tv. And so there’s something pretty to look at as soon as you step in from the foyer.

The new hardware is definitely one of my favorite things about this piece now! I really love the subtle pop of red from the knobs and the antique key-hole look of these pulls. Plus the drawers provide great storage for our DVDs, video game controllers, extra wires, remotes and other living room knick-knacks. This being finished brings us one step closer to being done with the living room!

We are relieved to finally have the tv stand out of the garage and in the living room and to have this project finished in general! I’m hoping to have at least 2 more of those to-do list items finished before July! It’s good to be back in the swing of things! 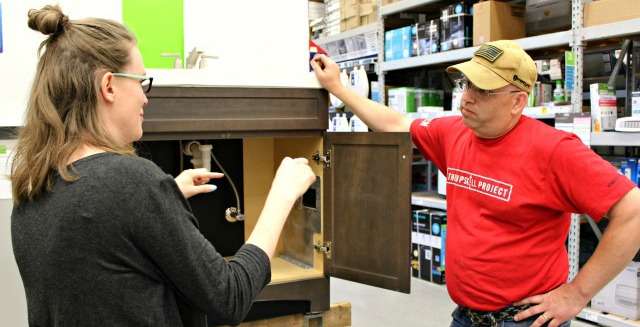 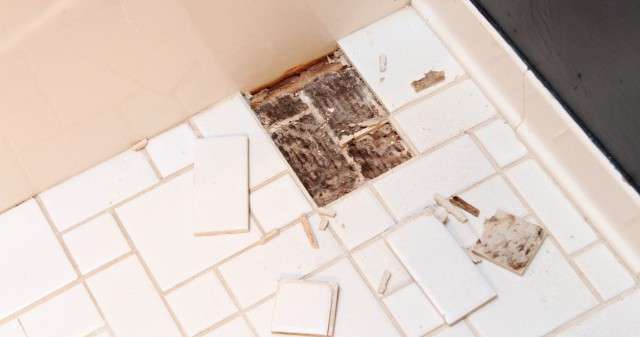 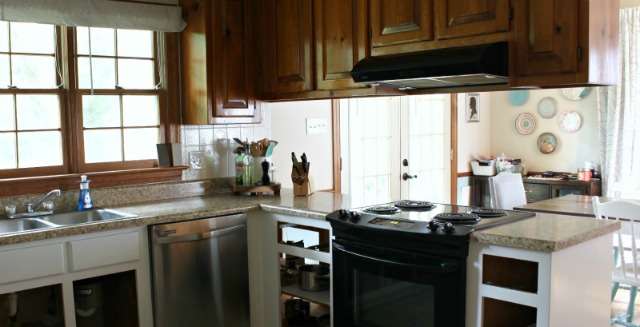 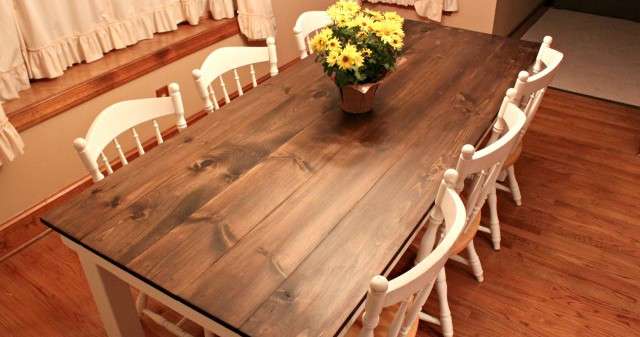 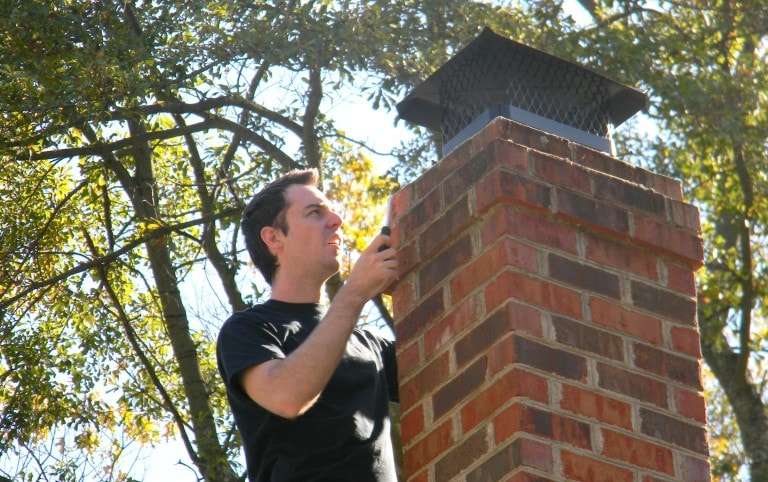