Celebrate all of the flavors of fall with pumpkin sangria. A delicious blend of pumpkin cider, white wine, bourbon, and pumpkin spice.

This delicious autumnal sangria combines pumpkin cider, white wine, bourbon, and spices. It tastes like fall in a glass.

How to Make Pumpkin Sangria

The key to a good sangria is finding just the right blend of flavors. And this pumpkin sangria does just that. It blends favorite fall flavors, like cinnamon, apples, and bourbon together in a balanced way.

The fruit base for this pumpkin sangria is actually apples. Chop 3 medium red apples and add them to a large pitcher.

Then add a blend of cinnamon, nutmeg, and cloves to the pitcher. Another spice option is a premixed pumpkin pie spice. Though typically they are the same blend of spices.

Next, add 5 oz of bourbon. We almost always have Jack Daniels on hand, so that’s what I used. (And I know the label says Tennessee Whiskey, but it’s technically a bourbon.)

Then, add 24 oz of pumpkin cider. There are a variety of pumpkin ciders to choose from. National brands, like Ace Cider, often release pumpkin as a seasonal flavor in autumn.

My local Wegman’s grocery store actually had several pumpkin ciders in stock as early as August. I chose Swilled Dog Hard Cider’s Pumpkin Patch for my sangria. The flavor profile written on the can included pumpkin, chai, cinnamon, and apple. Basically, it was perfect.

The Best Wine for this Sangria

The final ingredient is about 12 ounces or half a bottle of white wine. After all, you can’t make sangria without wine.

The best white wine for this sangria is a Chardonnay or a Viognier. Chardonnay is typically a dry white wine. It is either medium or full-bodied. That means that it tastes thicker. Many Chardonnays and Viogniers are aged in oak. So they have a bit of oaky flavor.

The combination of the dry and oaky flavor of these wines perfectly compliments the sweeter cider. It also pairs nicely with the smokiness of bourbon and the warm flavors of pumpkin pie spices.

How to Serve Pumpkin Sangria

Serve this pumpkin pie sangria over ice in a wine or cocktail glass. Add a cinnamon stick and a few apple slices for garnish.

Elevate your cocktail a little more by adding a cinnamon sugar rim. Mix cinnamon and sugar in a shallow dish. Wet the lip of your glass all the way around. Then dip it into the cinnamon sugar mixture.

How Long Does Sangria Last in the Fridge

Sangria typically lasts up to five days open in the refrigerator. However, this sangria has a shorter shelf life. This is due to the cider, a typically carbonated drink. Once the cider goes flat, its flavor profile changes a bit. I wouldn’t recommend storing this sangria for more than 2 or 3 days.

This delicious pumpkin sangria is the perfect fall cocktail. It’s also cool and refreshing, so you can start enjoying it before the temperatures even go down! 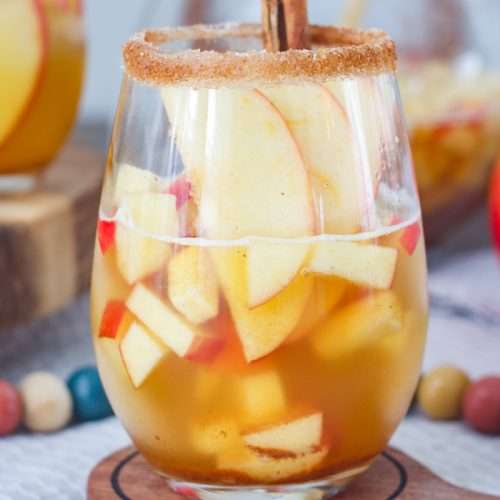 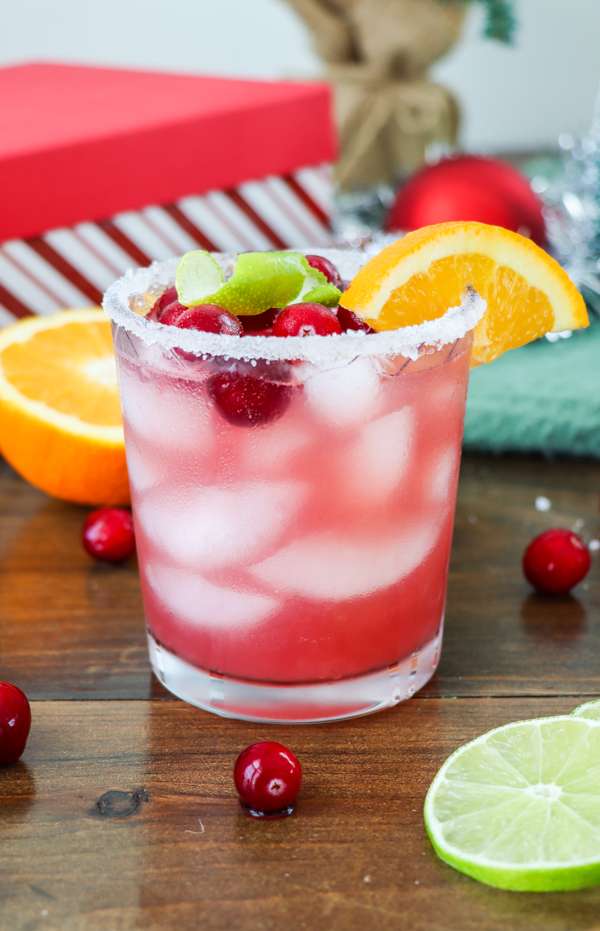