This floating shelf behind the couch is a sofa table. The narrow space behind the sofa is perfect for a shelf that doubles as a table.

During party prep, I had another project on my to-do list, aside from the mantle, decorations, and everything else. Find a better way to have a sofa table. After we bought our new sectional I wanted a space for lamps, to set drinks, and to have pretty things. So my husband and I started building a sofa table. It had to be tall enough to go behind the couch. But small enough to fit between the couch and the wall.

What we built ended up being a wobbly piece of crap. So we scrapped it and went back to the drawing board. I thought about the fact that the curtains would cover the side of the table. So no one would ever see anything but the tabletop. I also thought about how much I liked being able to slide things behind the couch.

This all led to me deciding to make our sofa table a floating shelf behind the couch on brackets instead. I bought a 12″ wide piece of white wood. Then, I cut it down to size. The wood needed to fit the length of the wall.

Then, I stained it and gave it a few layers of poly.

After the seal dried, I measured out the spacing of the studs and attached the brackets to my shelf. Then I realized that I flipped the shelf the wrong way, so the brackets didn’t line up with the studs. Never fear, that’s what anchors are for! Even though I wanted to doing that, at least it was an option.

Boom! A floating sofa table! And look at all the space underneath the shelf! It’s perfect for my lighting kit, which is too big and bulky to go anywhere else. And for my yoga mat since I workout in the living room.

I love the contrast between the dark wood and the grey couch. And it’s perfect to have a place to for another vignette, lamps, and to set my wine. You know, because I’m too lazy to lean forward to pick my wine glass up from the coffee table. 😉

This was another super simple project that has really improved the room. We love having the lamps and extra space behind the couch.

This project has also confirmed my love of walnut stains. I’m pretty sure my next project is to stain the top of our coffee table walnut. 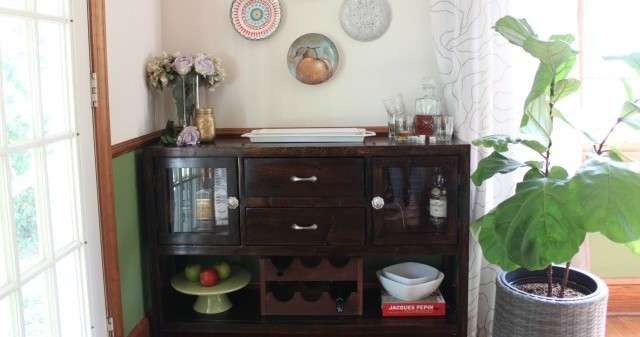 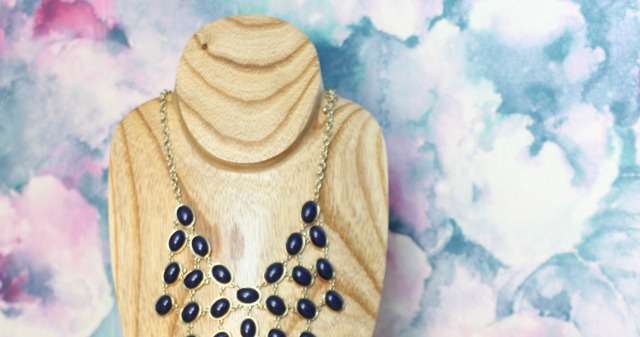 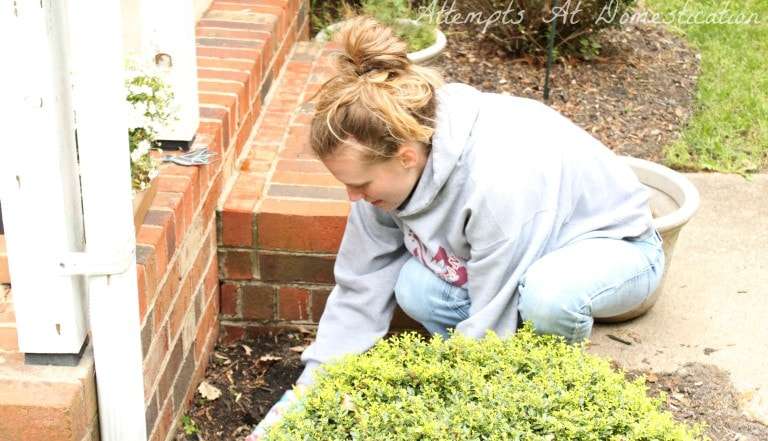 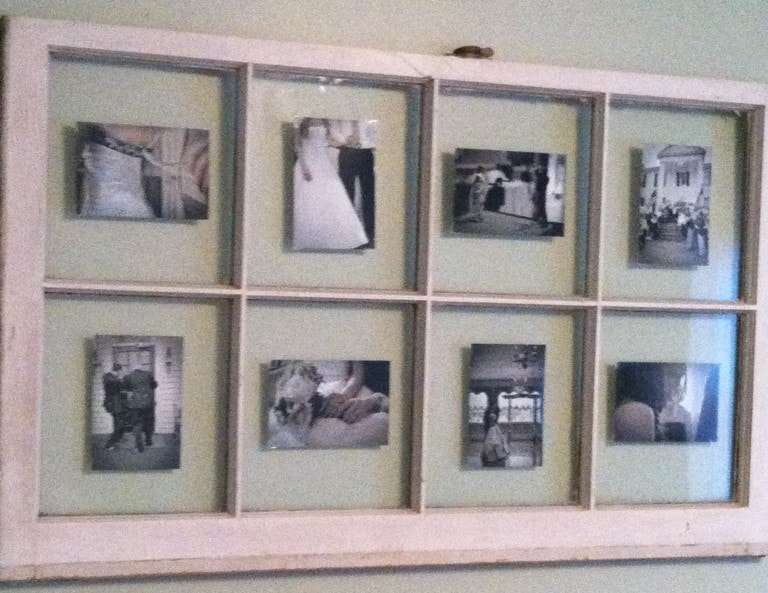 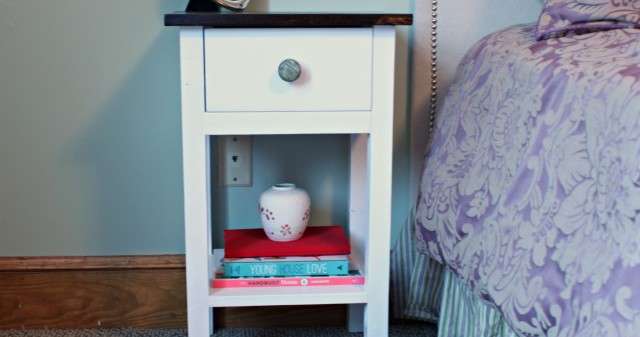 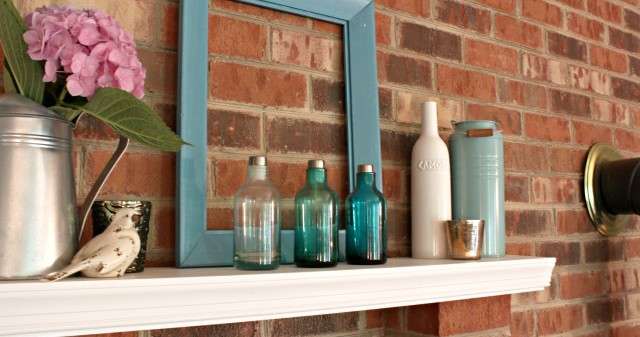