A salami rose is a fun way to style salami on a charcuterie board or as a garnish for a meal. It’s easy to learn how to make a salami rose.

Salami is not a cute food. If it lays flat on a charcuterie board or plate it isn’t visually appealing. But there are fun ways to style salami and other cured meats to improve how they look. One of these is by turning salami into a salami rose.

A salami rose is a pretty way to style salami. They are popular for charcuterie boards. It’s very simple to learn how to make a salami rose. This technique uses a champagne glass and thin sliced salami.

What is a Salami Rose?

A salami rose is several slices of salami layered together to look like a flower. They are very popular on charcuterie boards. Especially a Valentine’s Day charcuterie board. Or boards for girls’ nights or birthday parties. They look prettier than simply laying out a few pieces of meat. Plus, they add height and dimension to charcuterie boards. Those aspects are key to making a visually appealing board.

In addition to roses made from salami, there are also Proscuitto flowers and pepperoni roses.

How to Make a Salami Rose

After the meat covers the entire rim, start another layer. Follow the same method for the second layer. And be sure to pinch the meat so it adheres to the layer beneath it. The more meat you add, the fuller the flower appears.

Make It Pretty, But Save Some Money

For my roses, I only added one layer of salami. Mostly because I didn’t want to use an excessive amount of meat. I used an entire 4 oz package of salami to make three small roses. Adding second and third layers would have required another two packages of meat. That gets expensive.

Also, a less full flower is easier to pick apart the layers of meat. The roses easily break apart with fewer layers. That makes them easier to serve. Most people aren’t going to want to eat an entire rose.

My Biggest Tip for Making a Salami Rose

The most important part of making one of these salami flowers is to not use the salami when it’s cold. Obviously, don’t let the salami warm up to an unsafe temperature. Just set it out for a few minutes prior to making the roses. The salami is more pliable when it isn’t super cold.

Ways to Use a Salami Rose

Other Fun Charcuterie Board Ideas 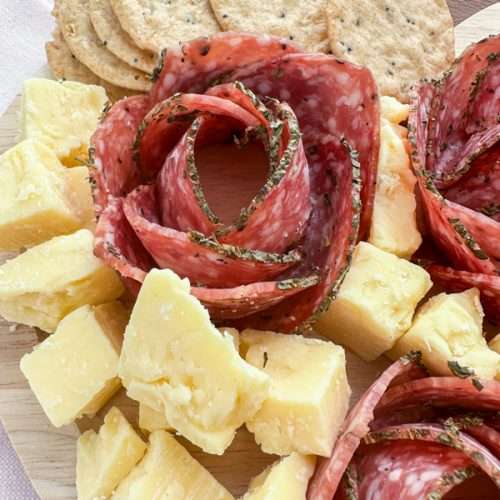 A salami rose is a fun way to style salami on a charcuterie board or as a garnish for a meal. It's easy to learn how to make a salami rose.
Print Recipe Pin Recipe
Prep Time 5 mins
Cook Time 5 mins
Total Time 10 mins
Course Appetizer
Cuisine Charcuterie
Servings 1 rose 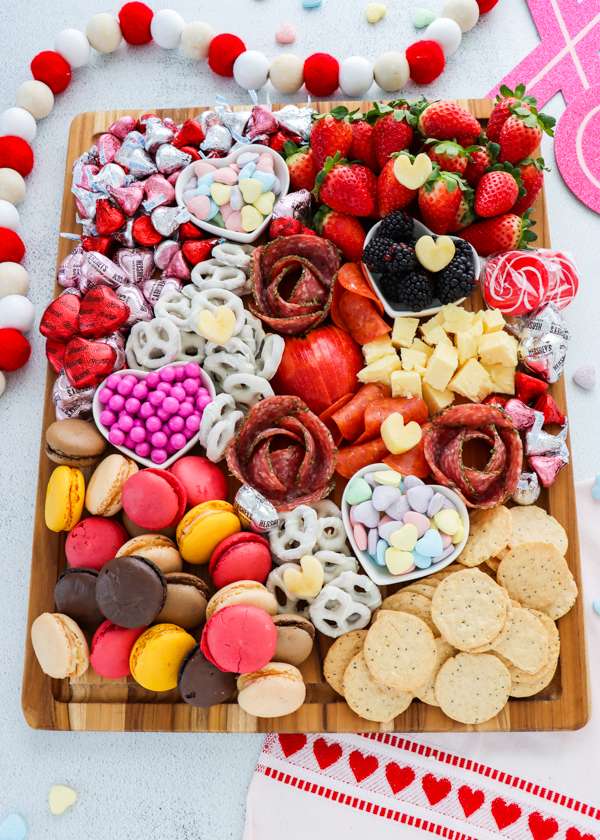 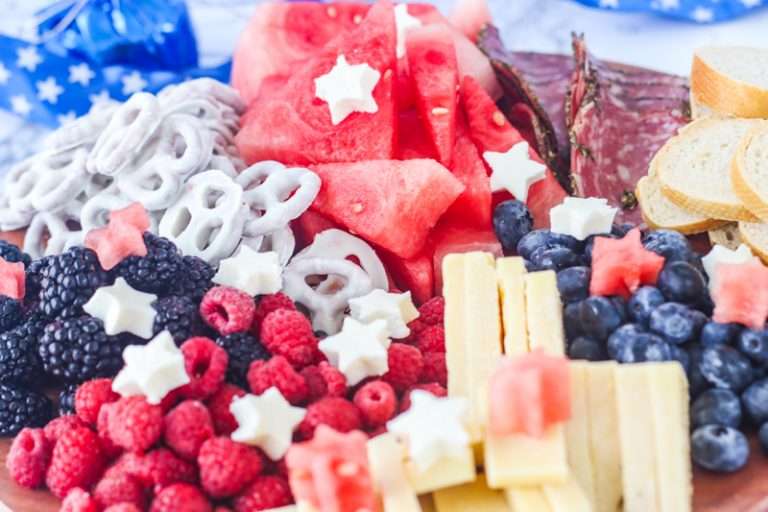 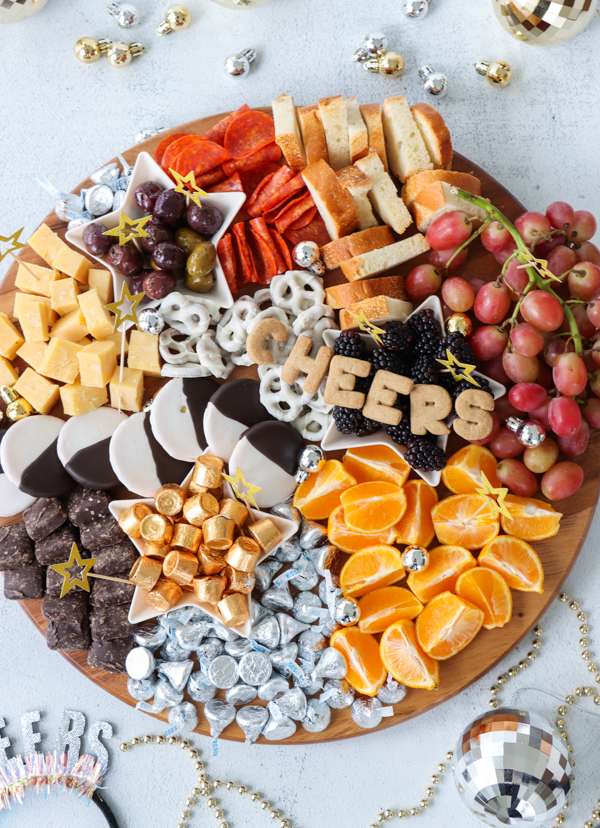