For as long as January felt, February flew by! We are in full swing of our busy season between Jesse’s school, kids’ birthdays and all the little holidays. I’m excited for warmer weather and more time outside though! I’ve basically been hibernating this month (which honestly hasn’t been great for my mental health), so I’m ready to bust out of this funk! Here’s a few of my February 2020 favorites! 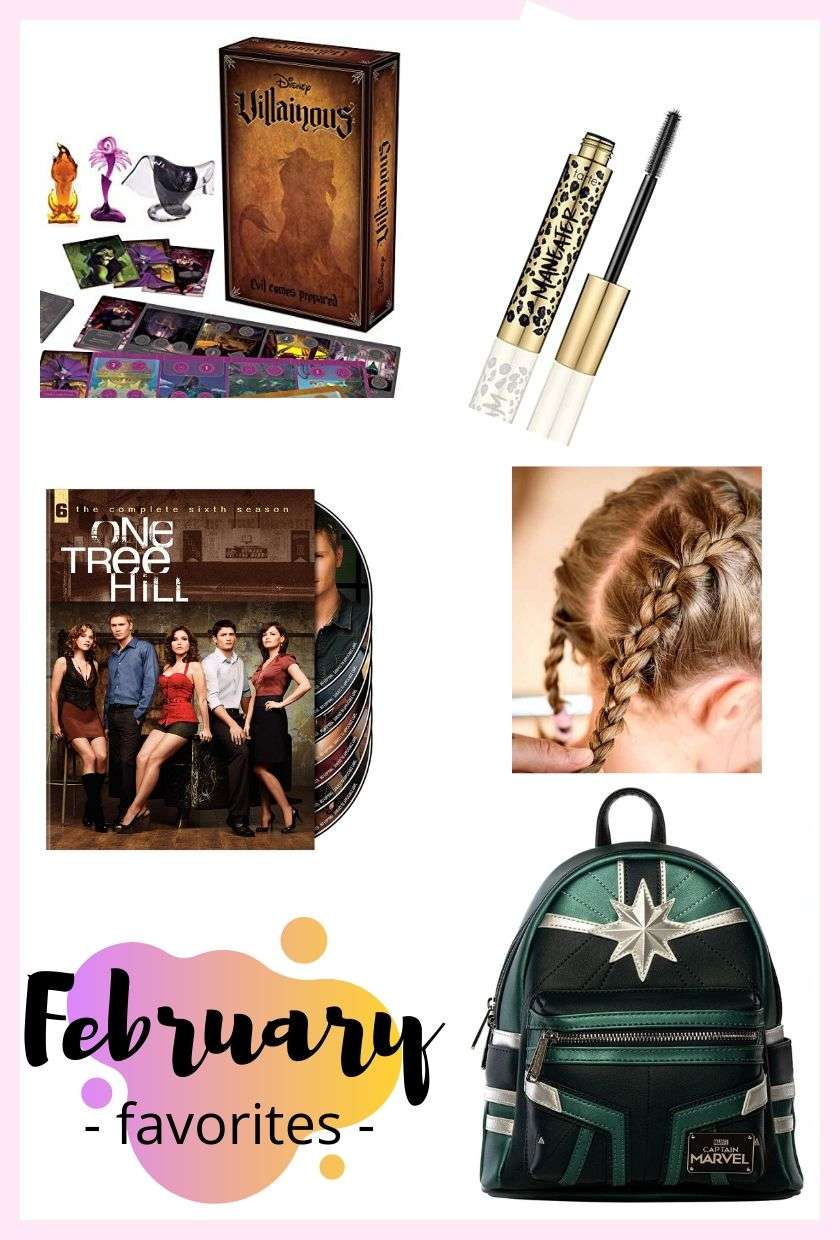 I’m not usually one to buy pricier makeup products, but I received a tube of Tarte’s Maneater mascara from Ulta on my birthday and it’s SO good! It makes my eyes look bigger and my lashes so much longer and fuller. I’ve been saving it to use for date nights, events or going out with friends and still using my usual NYX Worth the Hype mascara for everyday use because I want it to last. I’m totally buying a tube when this one runs out though! It’s that good!

Jesse and I have been playing a lot of board games for date night lately. I picked up Villainous: Evil Comes Prepared (one of the expansions) for Valentine’s Day because of it’s Disney theme and we’ve really been enjoying it! Each game expansion comes with different villains and each villain has a different objective and rules to win. It’s a lot of fun and now we really want to collect all the versions of the game so we can play each character! There’s the original game, Villainous, and two other expansions, Wicked to the Core and , currently out, but they just announced a Marvel version coming later this year too. Super stoked about that one!

I’ve become hooked on a new-to-me show, One Tree Hill. My bestie has been trying to get me to watch it for years, but I could never get past the pilot episode. I finally committed to watching it this month and now I’m hooked. I did NOT like the first 2 seasons and I quit a few times, but my friend insisted it got better so I stuck with it. Things definitely got better and I started binging once I got to Season 3. I’m in Season 5 now and it’s kind of slowing down again. I was glued to it with for Season 4, so hopefully it picks up again. Though having a show to binge definitely isn’t good for my productivity.

In the past year or so I’ve become OBSESSED with bags and backpacks from Loungefly. They all have these fun, nerdy themes and are so well done. There’s Disney, Star Wars, Harry Potter, Marvel, and more! I’ve had my eye on a Captain Marvel backpack since I went to Disney in October. The exact one that I wanted has been sold out for awhile, but Jesse bought me the green training suit version (and matching wallet) for Valentine’s Day. I love it so much! Green is my favorite color and it’s just beautiful. I’m also excited about the matching wallet because I can use that every day in the diaper bag! I kind of laughed when I got the backpack because I spent so much of high school, college and my early twenties not wearing too much nerdy stuff and trying to portray a more adult image. Now that I am an adult, I give approximately zero effs and I’m just wearing what I love.

As a kid, my mom and my grandma always told me and my sisters that they didn’t know how to braid. I was jealous of the girls with French braids and braided pig tails. I tried learning how to braid my own hair, but quickly gave up and put it in the mental box of “Things I Was Bad At.” After I had the girls, learning to braid went on my to-do list. I wanted to know how to do it, just in case they ever ask. Earlier this month, I was brushing Mara’s hair and decided to watch a few YouTube videos on braiding. Mara was gracious enough to let me practice over and over again while she watched TV. I’ve also been practicing doing my own hair whenever I get bored. All the practice is paying off! I even French braided pig tails for Mara last week! They were a little messy, but I still did it! I’m super proud of myself! I’m also excited about being able to sit and do my girls’ hair and bond with them as they grow. 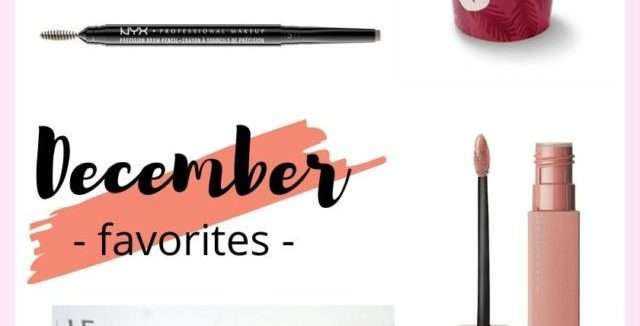 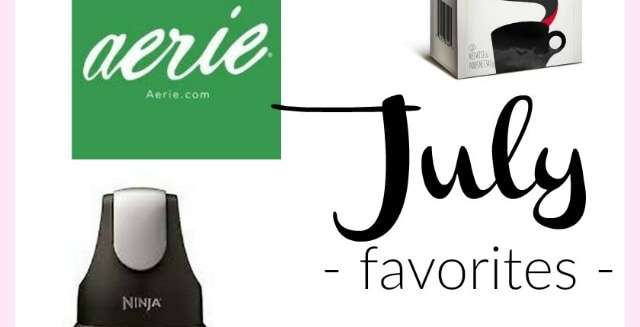 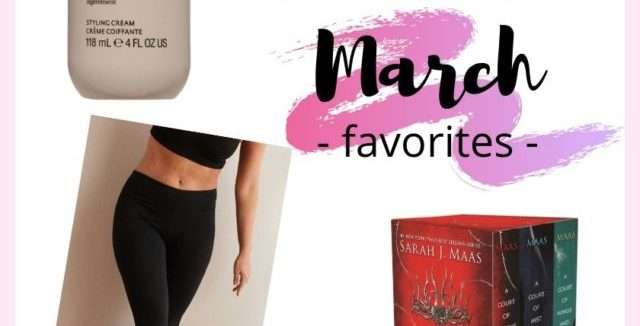 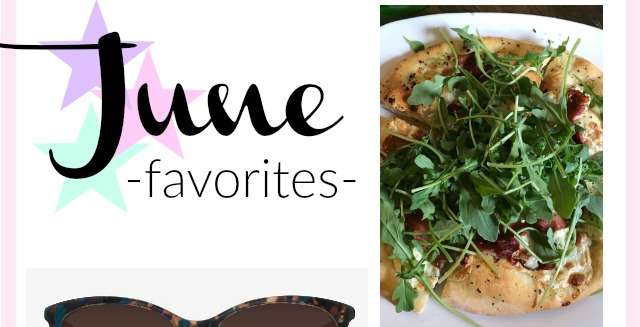 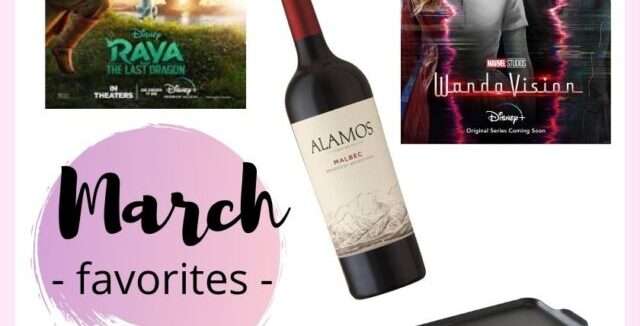 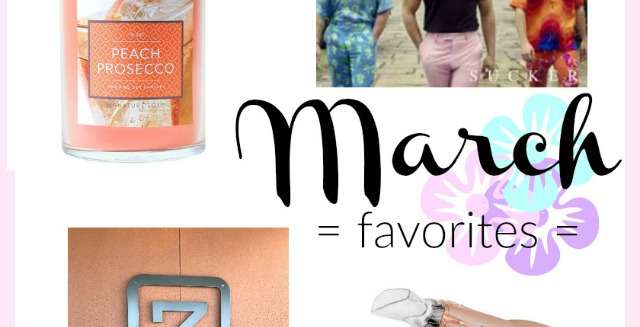