Sometimes you just need a good fantasy book to truly escape and relax. Out of all the books I read, these were the best fantasy books of 2020.

I gave up reading fiction years ago because I would become so engrossed with the stories that I’d barely get anything done. I’d go to my car, intending to run an errand and end up reading for an house. However, this year became the perfect year to resume reading fiction books for fun. My favorite genre is Fantasy (usually Young Adult *YA*). I read quite a few series this year, but also a few really beautiful stand-alone books. These were the best fantasy books of 2020 that I read and recommend.

My Recommendations: The Best Fantasy Books of 2020

A Song of Wraiths and Ruin

A Song of Wraiths and Ruin – A Song of Wraiths and Ruin by Roseanne A. Brown was by far my favorite book that I read this year. It’s the first of a fantasy duology set in a world based on West African folklore. It follows the stories of a poor boy named Malik and a princess named Karina, and the events that turned their lives upside down. In order to set things right, one of them will have to die.

Everything about this book felt fresh and exciting. The fantasy world of Ziran was so vastly different than anything that I’ve read. I am vaguely familiar with a few tales from African folklore, but the concept of working that into a book like this was new to me. I loved the way that characters from the fables were worked into the novel in the background. Also, I usually hate books with split perspectives, but Brown did an amazing job going back and forth between Malik and Karina. I felt for both of them and their vastly different hardships.

This book is a 5 out of 5 stars for me. If you’re into fantasy books, then you HAVE to read this one. It’s at the top of my book recommendations list. It was the BEST fantasy book of 2020 for me. 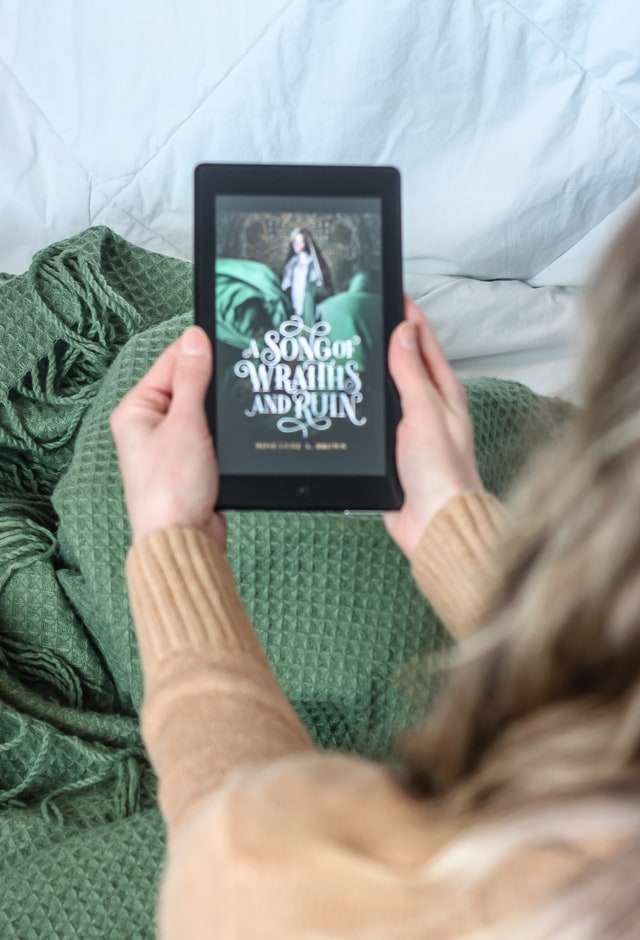 The Night Circus – My second favorite read this year was The Night Circus by Erin Morgenstern. It’s the tale of two magicians that are trapped in a game of skill, with no way out. The backdrop for the story is an enchanting traveling circus that seems to appear magically over night. Morgenstern is an incredible world builder and it’s easy to find yourself lost in the world of the circus. I often felt like I could almost smell and touch the details of the circus as she described them.

The only downfall of this book is that it weaves a very tangled web. You slowly work through the story and find yourself clearly at the end, but I definitely had to reread a few sections and really dwell on the events that happened. It’s almost like a mystery novel that gets worked out over time. The occasional confusion doesn’t impact how truly beautiful the story of The Night Circus is.

The Selection Series – When it comes to books, I definitely have a type. It’s fantasy books with a strong, but doesn’t know it, female lead, a man that she doesn’t like at first and lots of  PG/PG-13 sexual tension. The Selection Series by Kiera Cass checks all of those boxes and then some. This book is basically The Bachelor, but with ball gowns and intrigue. Prince Maxon brings 35 girls of all different social classes to his palace for a televised dating show, aka The Selection. One of the women will become his wife and the future queen. America Singer is reluctant to enter The Selection, but does so to please her family. However, things at the palace are not what they seem and there is more going on than just a dating competition.

This series was an easy read that I just couldn’t put down. There is enough drama and mystery to keep you turning pages, but the story overall feels familiar. I love this kind of book when I want to escape for a bit. I read all five books in the series in less than two weeks. 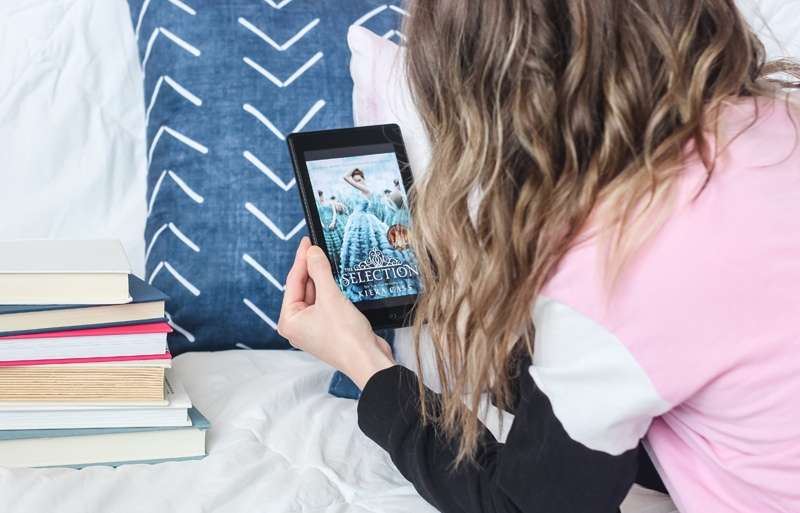 A Song Below Water

A Song Below Water – A Song Below Water by Bethany C. Morrow is the tale of two girls living in modern day Portland. However, not everything is as it seems. This Portland is full of mystical creatures like gargoyles, sprites and sirens. Sirens are considered dangerous and a threat to society, so they must keep their powers hidden. One of the girls, Tavia, is a siren that is just beginning to grasp how powerful she truly is. As the girls navigate the struggle of keeping Tavia’s sirens secret, they must also face the challenges of racism and sexism of the modern world.

This book is about so much more than magic. It’s a story about how difficult it is to be a Black woman in America. I’m not typically a fan of books that take place in the present day. I really like to escape into a different time and world when I read, so I almost returned this book when I realized it was set in modern day. However, I’m SO glad that I didn’t and kept reading! Reading about racism from the perspective of characters that I became deeply invested in was truly and eye-opening and educational experience. 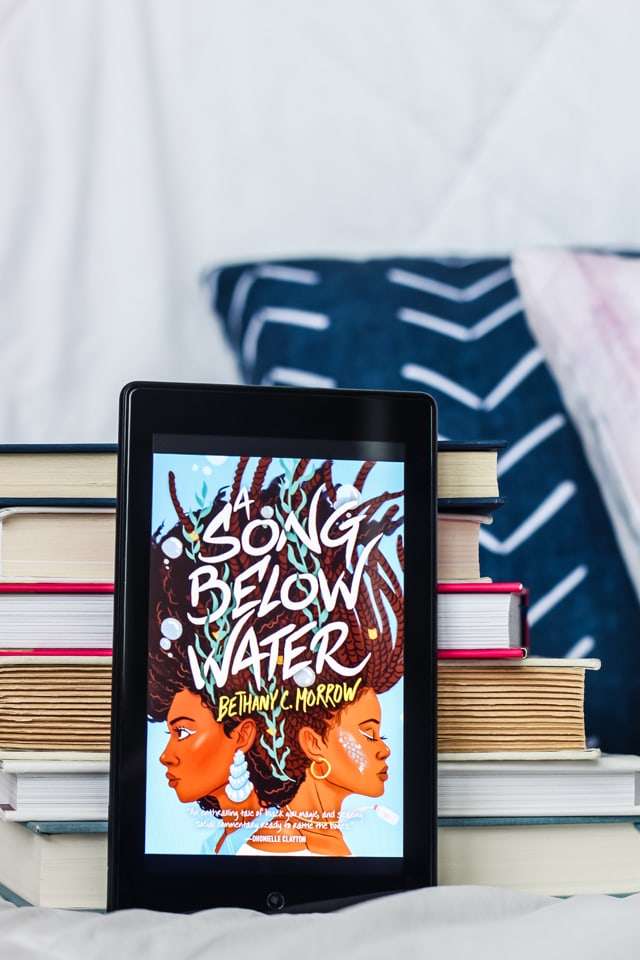 Ready Player One – Ready Player One by Ernest Cline was a venture out of my typical reads, but it was recommended by my best friend (who also recommended the Erin Morgenstern books) so I gave it a try. The practically post-apocalyptic world of the novel is a kind of depressing, but the alternate reality based on 80’s pop culture and video games is amazing. If you have a love from anything in the 80’s, then this book may be your jam. The main character, Wade, is on a mission to discover the hidden treasure of eccentric billionaire video game and AR inventor, James Halliday. Him and the rest of the world that is. If you’ve seen the movie, it’s nothing like the book! There is more substance and many more obstacles to overcome in the novel. 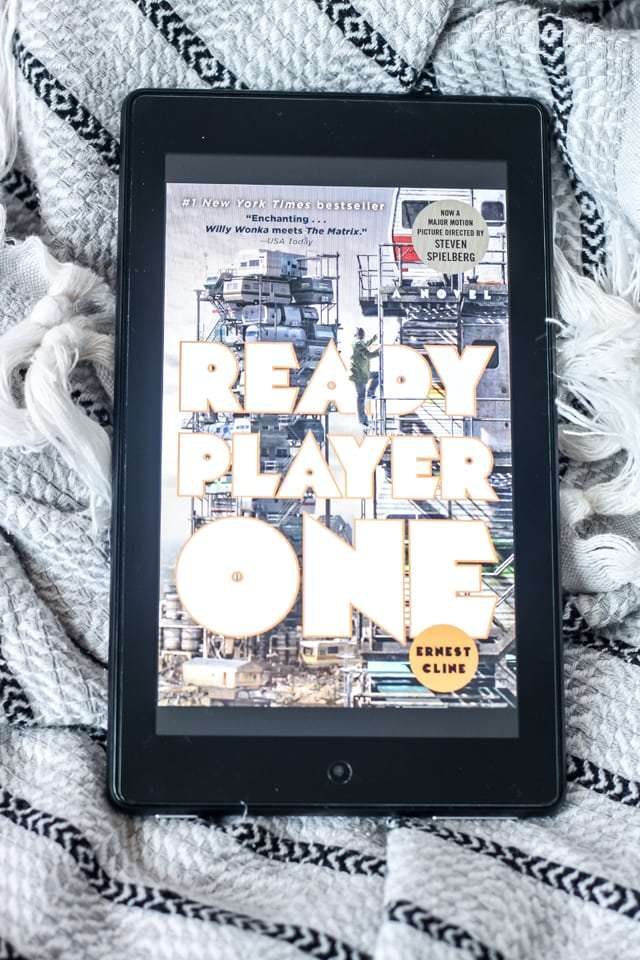 The Princess Trials Series – Combine The Selection with The Hunger Games and you have The Princess Trials by Cordelia Castel. 30 girls compete to marry Prince Kevon in a televised event. The competition proves to be dangerous, and even deadly. There are enough plot twists and story variation to separate The Princess Trials from the other books that I’ve read. It’s a 3 part series, and book #3 just came out last month, so I haven’t quite finished it all. It’s been set up for the 3rd book to be the most unique of them all thus far. 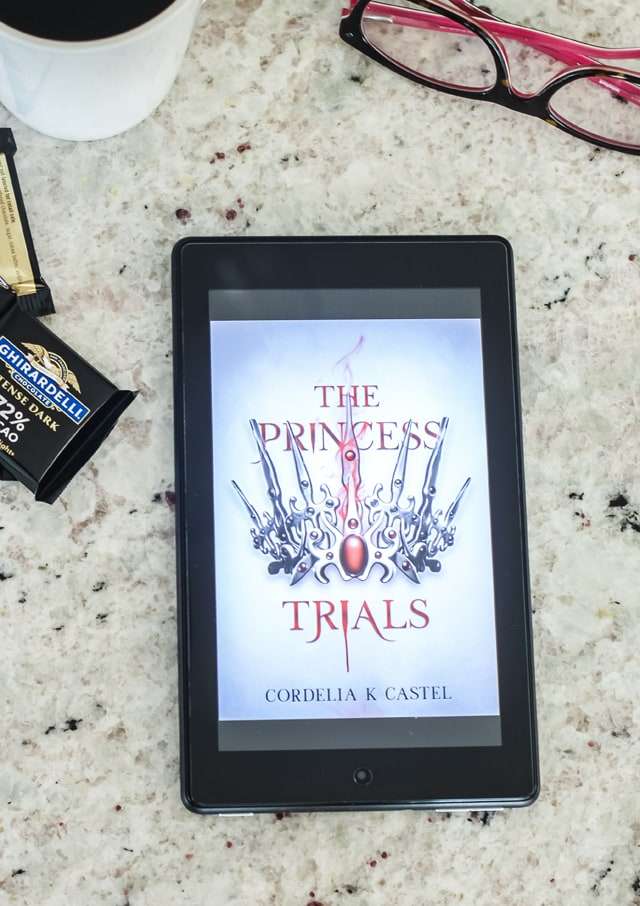 A Court of Thorns and Roses Series

A Court of Thorns and Roses Series – A Court of Thorns and Roses by Sarah J. Maas was the first book I read for 2020. It’s fantasy world was just the escape I needed! She has a beautiful writing style and builds a wonderful fantasy world. The other books in the series did catch me a bit off-guard because it turns a little sexually graphic, but I was too invested in the story to stop reading!

The books follow Feyre, a young woman that was forced to grow up and provide for her family much too quickly. She is a skilled hunter, and one day kills a wolf in the forest. Little does she know, that hunting trip is about to change her life forever. 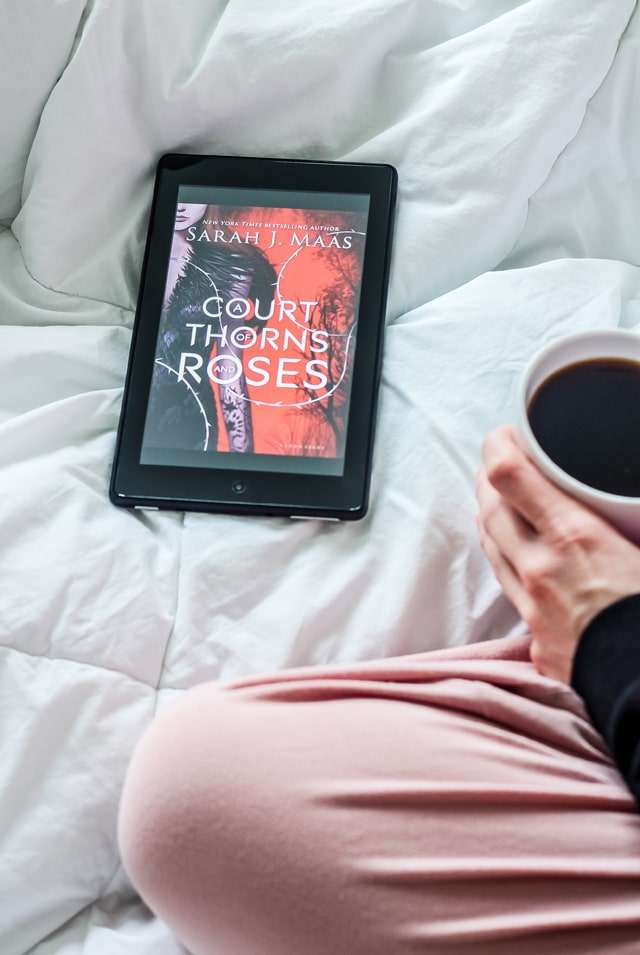 The Starless Sea – The Starless Sea is another incredible work of art from Erin Morgenstern. Zachary Ezra Rawlins discovers a mysterious book on the stacks at his university library. As he tries to learn more about the book, he is swept into a timeless love story in a fantastical underground world. Once again Morgenstern paints an incredible world that just sucks you in. She also weaves a web of stories within stories that create a bit of a mystery that you reveal bit by bit as you read. While Night Circus was my favorite of the two, The Starless Sea is still a beautiful and enchanting read. 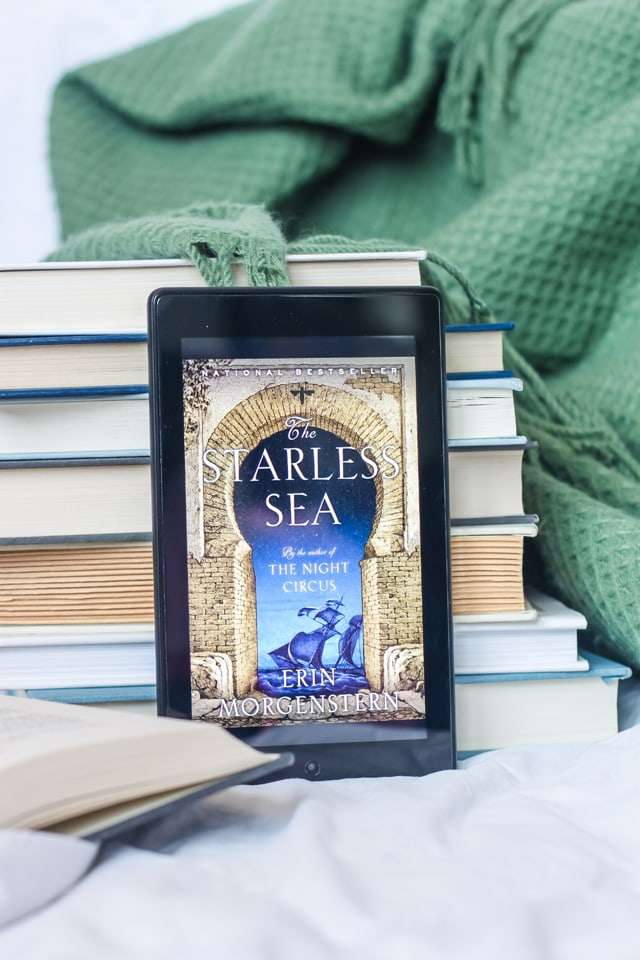 Ruby Red Trilogy – The Ruby Red Trilogy by Kerstin Gier was my last read of the year. It follows my beloved basic fantasy story arc (secretly powerful heroine, sexual tension, etc.), but with a spin that was new to me: time travel. Gwyneth Shepard seems to be a completely ordinary teenage girl growing up in London in the early 2000s, but her life is flipped completely upside down when she discovers that she’s inherited the family gene for time travel. Nothing about this situation makes any sense to Gwyneth, and she finds herself floundering through her new abilities. But there is so much more going on than anyone realizes. I gobbled up these books. It was so apparent that there was so much more to the story than the information we were given up front and I couldn’t wait to get to the bottom of it all.

These book recommendations were a bright spot in my life at home in 2020. They each gave me a way to escape life for a few hours and become engrossed in a story. They also reminded me how much more rewarding books can be than TV or a movie. There is no way to mindlessly scroll social media while reading. Either you’re in or you’re out. Sometimes that forced focus is just what my mind needs in order to truly focus and relax. These were the best fantasy books of 2020. 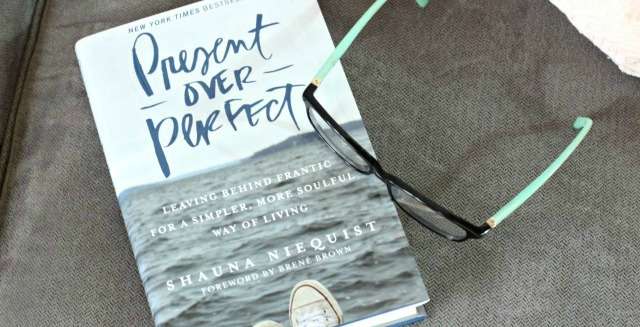 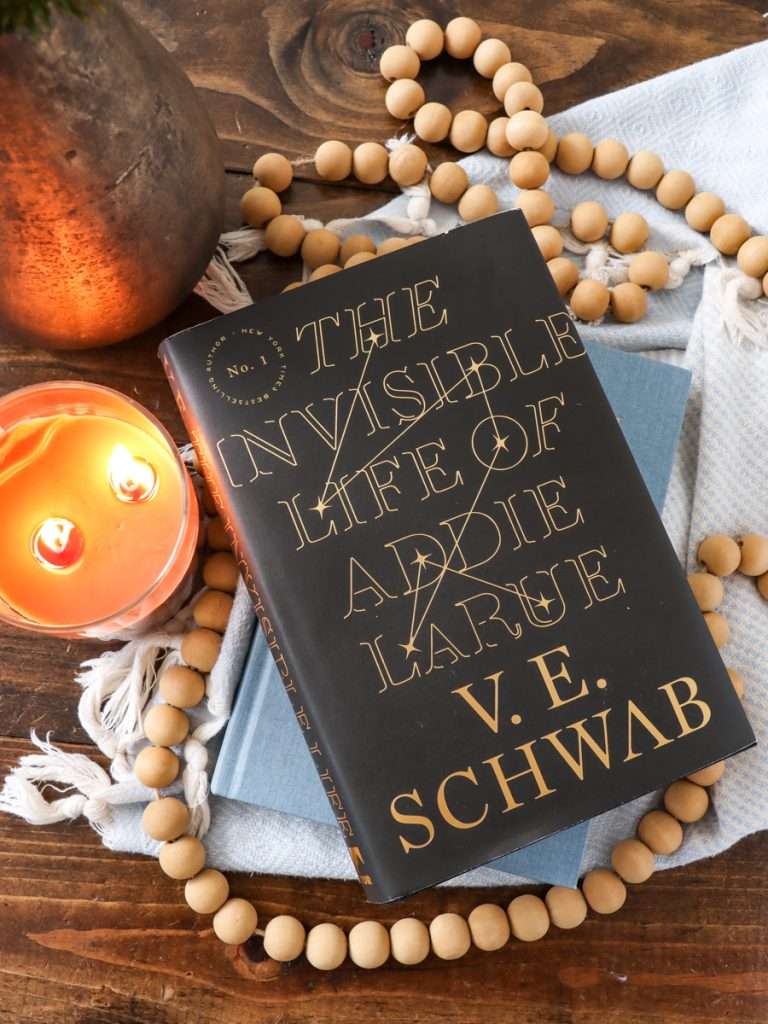 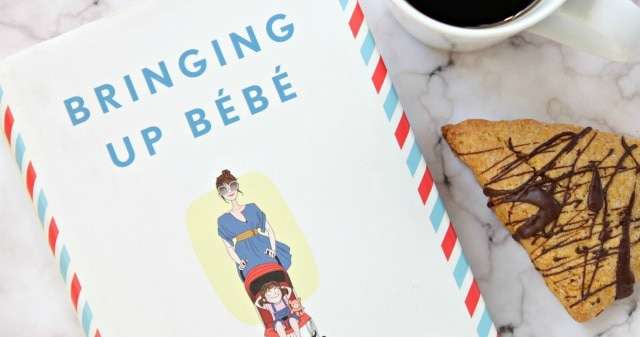 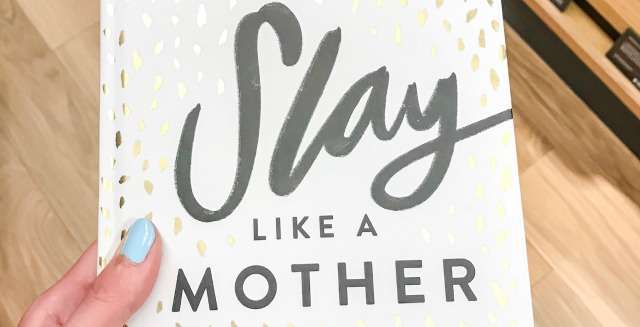 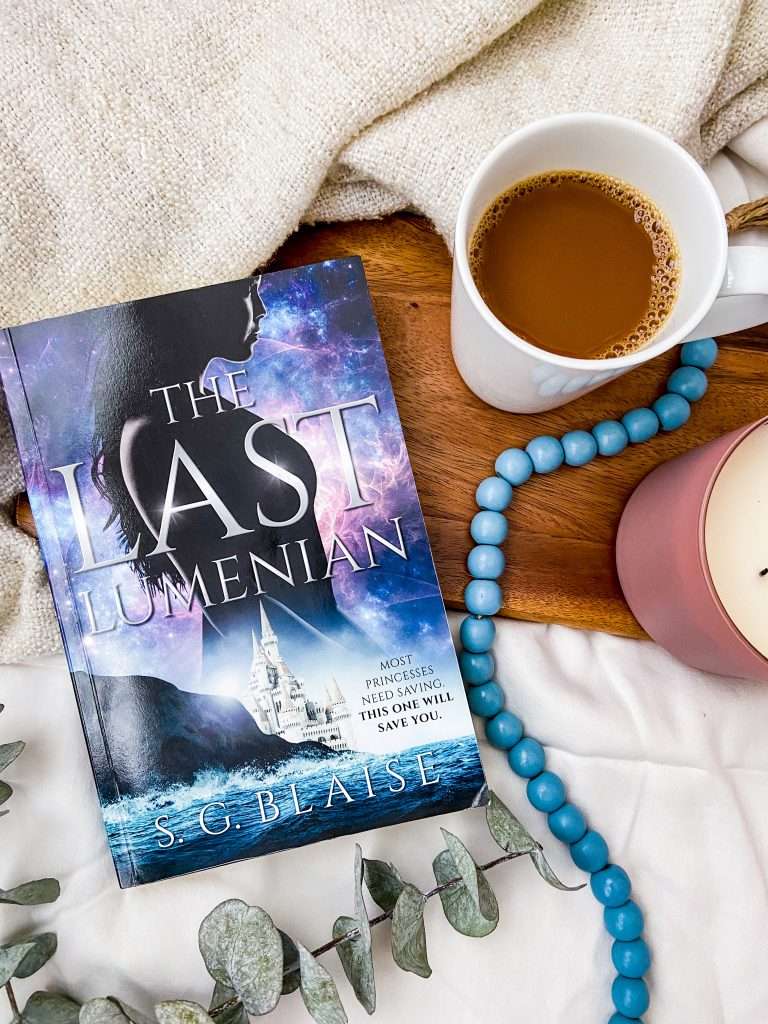 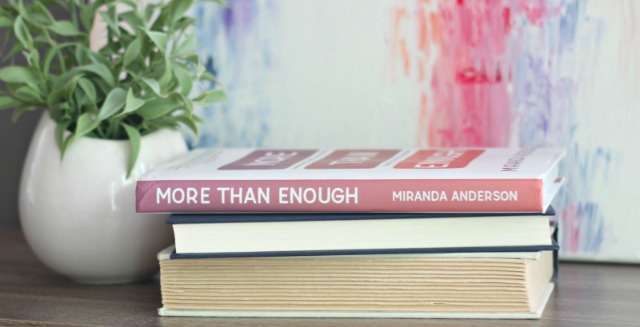